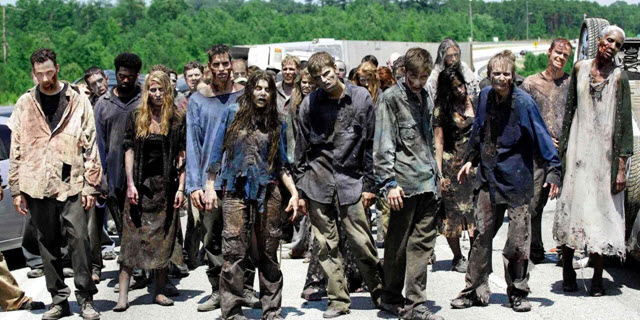 When you are migrating to Dynamics 365 online from On-premise, one of the big chores is migrating the data from the existing On-premise system to the Online system.

Part of that work is to establish the ownership of that data.  As most Dynamics 365 pros know, Dynamics 365/CRM has the concept of record ownership as part of the security context.  Records can be owned either by an organization, a team or in most cases, by users.

For Dyn365 “first party” apps, this may be the particular salesperson that works on an opportunity or the support rep that works on a case.  Dynamics users could also directly represent project managers, workers tracking billable time, etc.  Ownership of data also plays an important role in such items such as phone calls, emails and activity based records.

For some organizations, maintaining the true ownership of historical data is important for analysis or even compliance reasons.  Note that I am sure there are GDPR implications with historical employees that also need to be considered.  This is out of scope of this post.

In all organizations, there will always be a certain amount of user turnover.  Obvious companies do not want to pay for licenses or subscriptions for past employees.  Employees that have left typically will have their Active Directory and Dynamics 365 user accounts disabled (and sometimes deleted).  From a historical point of view, Dynamics 365 records will continue to show these users as the “owners”, even if the related user accounts are now deactivated.

If you are migrating to Dynamics 365 Online via the FastTrack services, the historical users in your current on-premise system will be brought over as part of that process (as it is a true database copy).

However, if you are not using the FastTrack services or if you are migrating from another CRM system, you will need to address the issue of historical users.

If you need to maintain this ownership information, this presents a bit of a problem when migrating from on-premise to online.  In order to migrate the data from one system to the other while maintaining the correct ownership means that not only your current users need to be created in Dynamics 365 online but also all the historical users that have ownership to historical data in the system.

For some organizations with high turnover, this could mean 100’s of historical users.  In order to add a user to Dynamics 365, they would need to be first added to Office 365, then given a Dynamics 365 license, wait for the user to be created in Dynamics 365 (this takes anywhere from a few minutes to sometimes up to an hour), assign the user a security role with access to the historical record types, and then have the license removed from that Office 365 user, which would then disable the Dynamics 365 user.  This process has the potential to take days.

When historical data is imported, the ownership of the records can be matched to the appropriate active or historical user.

I have myself and I have talked to others that have gone through this very tedious process of shuffling users and licenses for the purposes of maintaining ownership.

I have learned that there is a faster, more convenient way to import legacy users into Dynamics 365 Online but there are a few caveats.

The process is pretty simple, you just need to use the regular Dynamics 365 import tools and import the list of historical users.  Since the users are not created via Office 365, they will automatically be flagged as disabled users in Dynamics 365 when they are imported.

Simply create your list of “legacy users” that will not be assigned Dynamics 365 subscriptions in tool like Excel.

Then use the regular Dynamics 365 import tool to import this information directly to the user entity.

As you likely know, you cannot assign a security role to a disabled user.  This would be a potential problem when importing historical data as a record cannot be assigned to a user that does not have a least some level of access to the entity.

However, I have found that when importing user records via the regular import process, whether it is a bug or for some other reason, the user gets assigned to the out-of-the-box salesperson role.

We just need to manipulate the OOB salesperson role to have access to the particular historical records we need to migrate.  After the migration we can then retract those permissions.  It is a workaround, and fair warning it may be a hole patched eventually by Microsoft.

Another issue would be if that particular legacy user eventually did return to the organization and needed to become an active user.  Their “historical” user record would not be able to be re-activated since there is no way to re-link to an Office 365 user record (that I am aware of).  In this case you would need to create a new user and then use a tool (such as Kingswaysoft) to re-assign the historical records.

This post provides a method to import historical users into a fresh Dynamics 365 Online system.  While there are some caveats to be aware of, it may save a lot of time.

CRM Audio where George and Joel talk about historical users in Dynamics 365.

Nick Doelman is a Microsoft Business Application MVP.  While not dealing with Zombie user accounts in Dynanics 365 projects, Nick spends his time in the gym picking up heavy stuff and putting it down again.

Welcome to my personal blog! My name is Nick Doelman. From 2017 to 2021 I was a Microsoft Business Applications MVP and now I am a Senior Content Developer for Microsoft. I have been working with the Power Platform and Dynamics 365 since version 1.0.

This blog is mostly about the Power Platform, portals, Power Apps and Dynamics 365 (formally known as CRM). This is my personal blog and while so all views expressed here are mine, and are not of Microsoft, my past clients or the MVP or MCT programs.

The authoritive souce for anything Microsoft related is found in https://docs.microsoft.com.

If you have a question on any of these posts, please leave a comment.  I will try my best to respond or try to point you in the right direction, but it may at times take a few days (or weeks).  If urgent, I would suggest submit a support ticket with Microsoft and put in a link to my blog to help explain your issue to them (they sometimes point people to my blog posts, so its all fair game.)  If you find something on Microsoft Docs, please leave a comment there and the appropriate team member will respond.  Thank you!